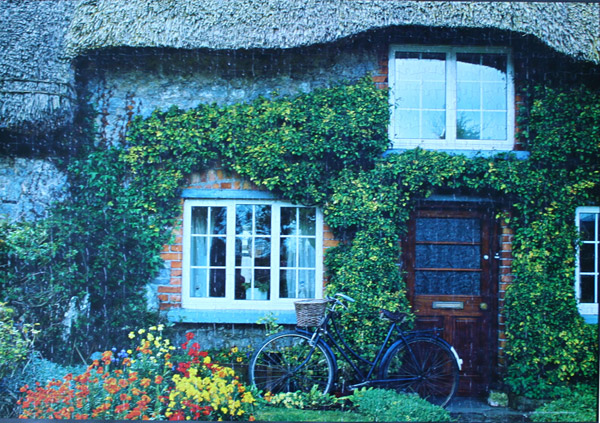 Size: 750 pieces
Dimensions: 68.58cm x 48.26cm
Producer: Mega, Windows to the World series
Notes: Limerick is the third largest city in the Republic of Ireland, and the principal city of County Limerick and Ireland’s Mid-West Region. Population wise, it is the fifth largest city in all of Ireland.

A limerick is a type of humorous verse of five lines with an AABBA rhyme scheme: the poem’s connection with the city is obscure, however, the name is generally taken to be a reference to Limerick City or County Limerick, sometimes particularly to the Maigue Poets, and may derive from an earlier form of nonsense verse parlour game that traditionally included a refrain that included “Will [or won’t] you come (up) to Limerick?” [Wiki]