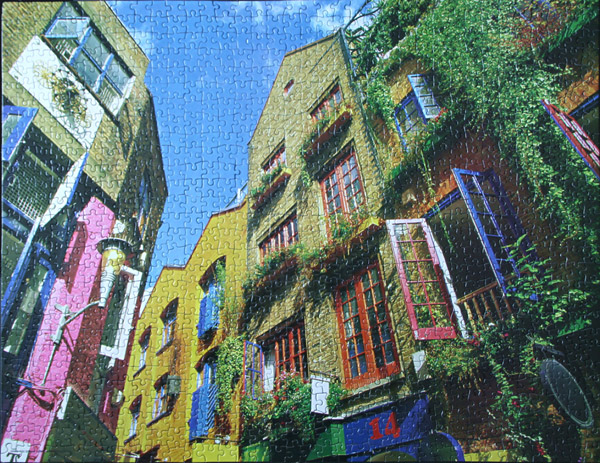 Size: 1000 pieces
Dimensions: 51.12cm x 66.52cm
Producer: Big Ben, MB Puzzles
Notes: Covent Garden is a district in London, England, located on the eastern fringes of the West End, between St. Martin’s Lane and Drury Lane. It is mainly associated with the former fruit and vegetable market located in the central square which is now a popular shopping and tourist site, and the Royal Opera House, which is also known as “Covent Garden”. The district is divided by the main thoroughfare of Long Acre; north of which is mainly given over to independent shops centred on Neal’s Yard and Seven Dials, while the south contains the central square with its street performers, and most of the elegant buildings, theatres and entertainment facilities, including the Theatre Royal, Drury Lane, and the London Transport Museum. [Wiki]