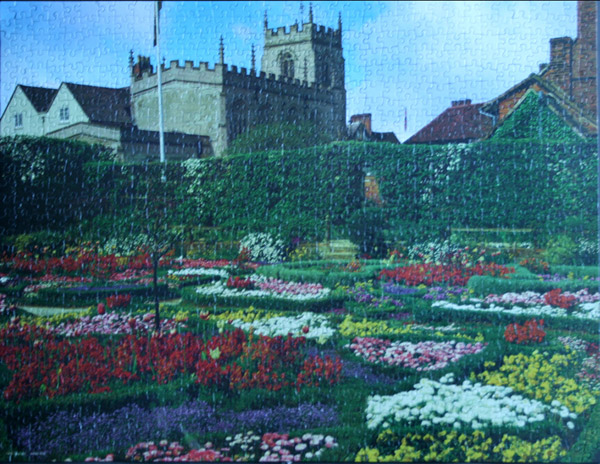 Size: 1000 pieces
Dimensions: 51.12cm x 66.52cm
Producer: Big Ben, MB Puzzles
Notes: Warwickshire is perhaps best known for being the birthplace of William Shakespeare from Stratford-upon-Avon. Even today, road signs at the county boundary describe Warwickshire as “Shakespeare’s County”. The county has also produced other literary figures such as George Eliot (from Nuneaton), Rupert Brooke (from Rugby), and Michael Drayton from Hartshill.

Much of western Warwickshire, including that area now forming part of Birmingham and the West Midlands, was covered by the ancient Forest of Arden  (most of which was cut down to provide fuel for industrialisation). Thus the names of a number of places in the northwestern part of Warwickshire end with the phrase “-in-Arden”, such as Henley-in-Arden, Hampton-in-Arden and Tanworth-in-Arden. The remaining area, not part of the forest, was called the Felden – from fielden. [Wiki]