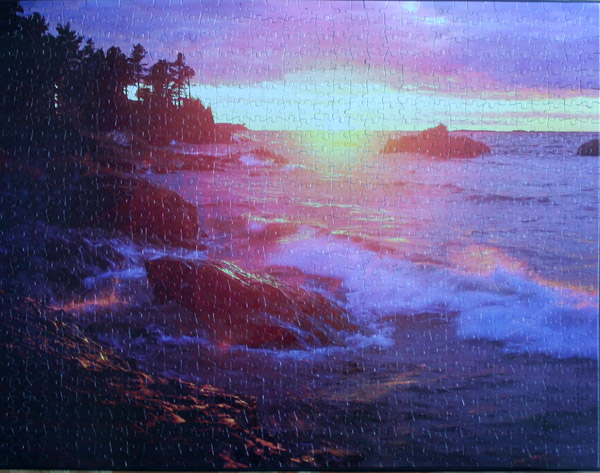 Size: 1000 pieces
Producer: Golden, Royale
Notes: A sea generally refers to a large body of salt water, but the term is used in other contexts as well. Most commonly, the term refers to a large expanse of saline water connected with an ocean, and is commonly used as a synonym for ocean. It is also used sometimes to describe a large saline lake that lacks a natural outlet, such as the Caspian Sea.