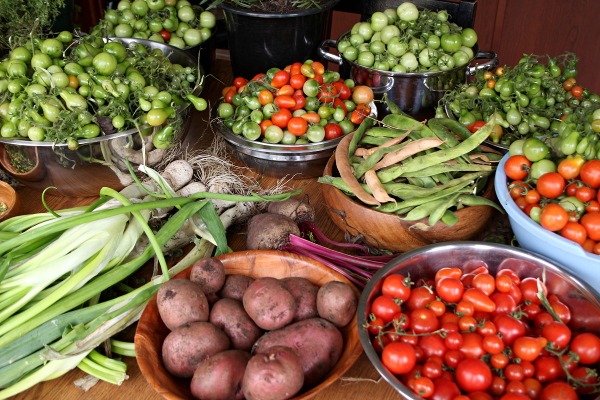 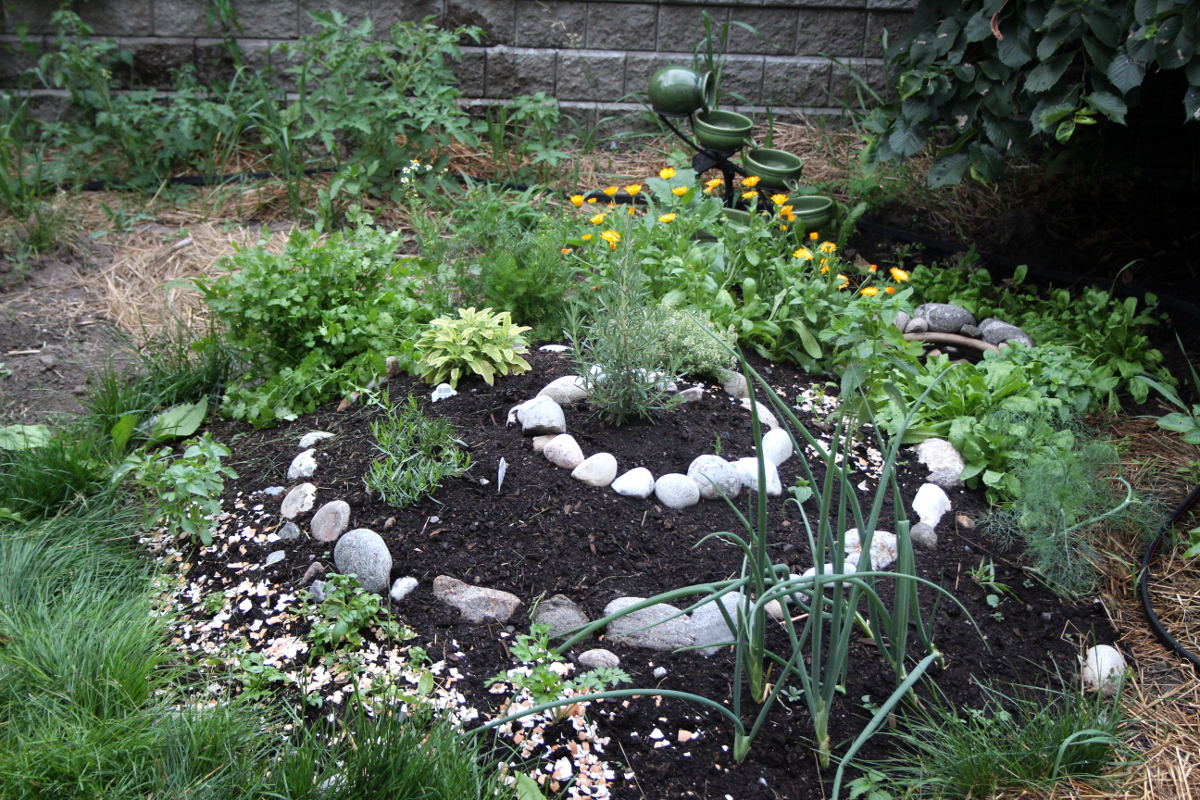 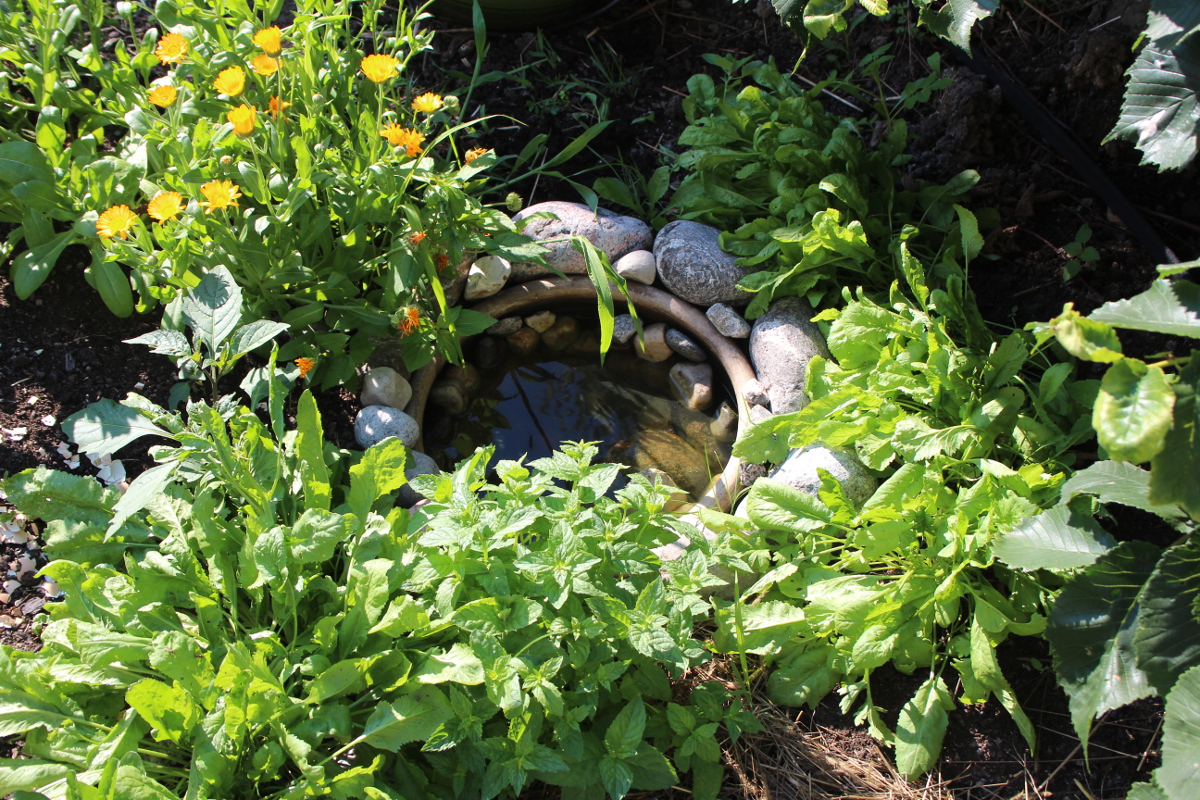 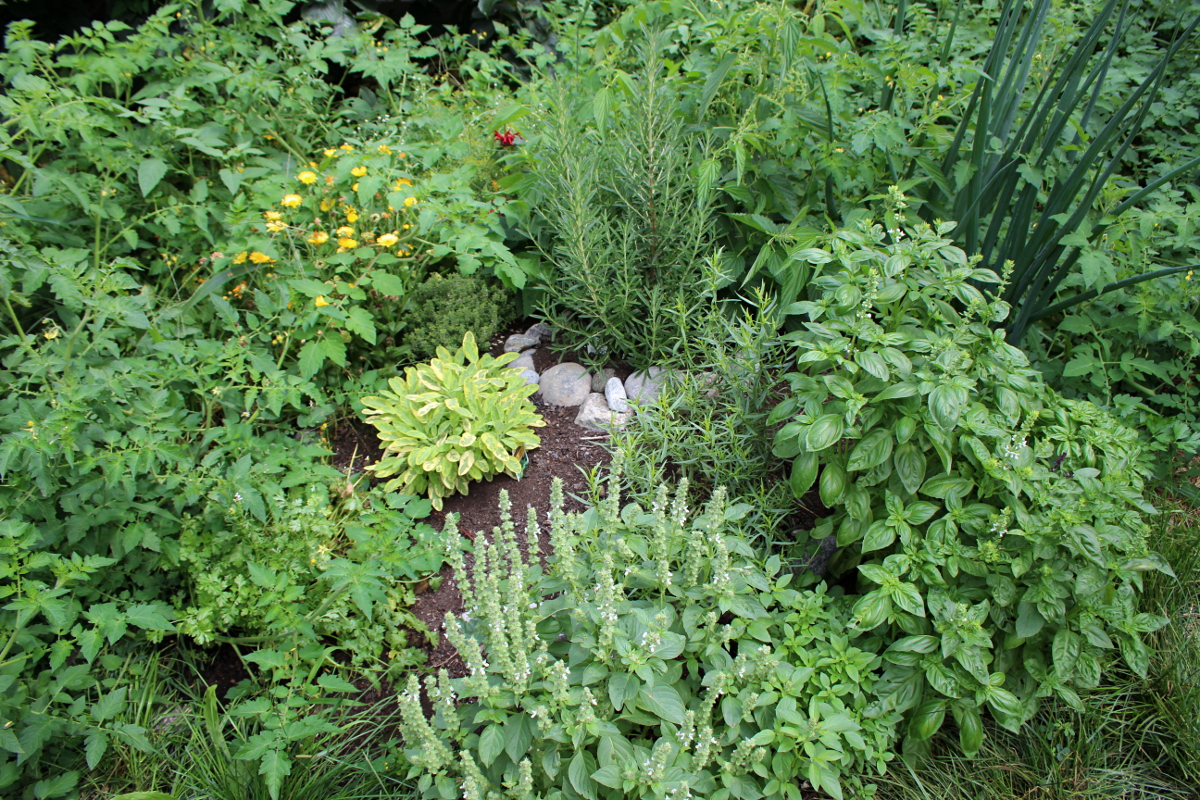 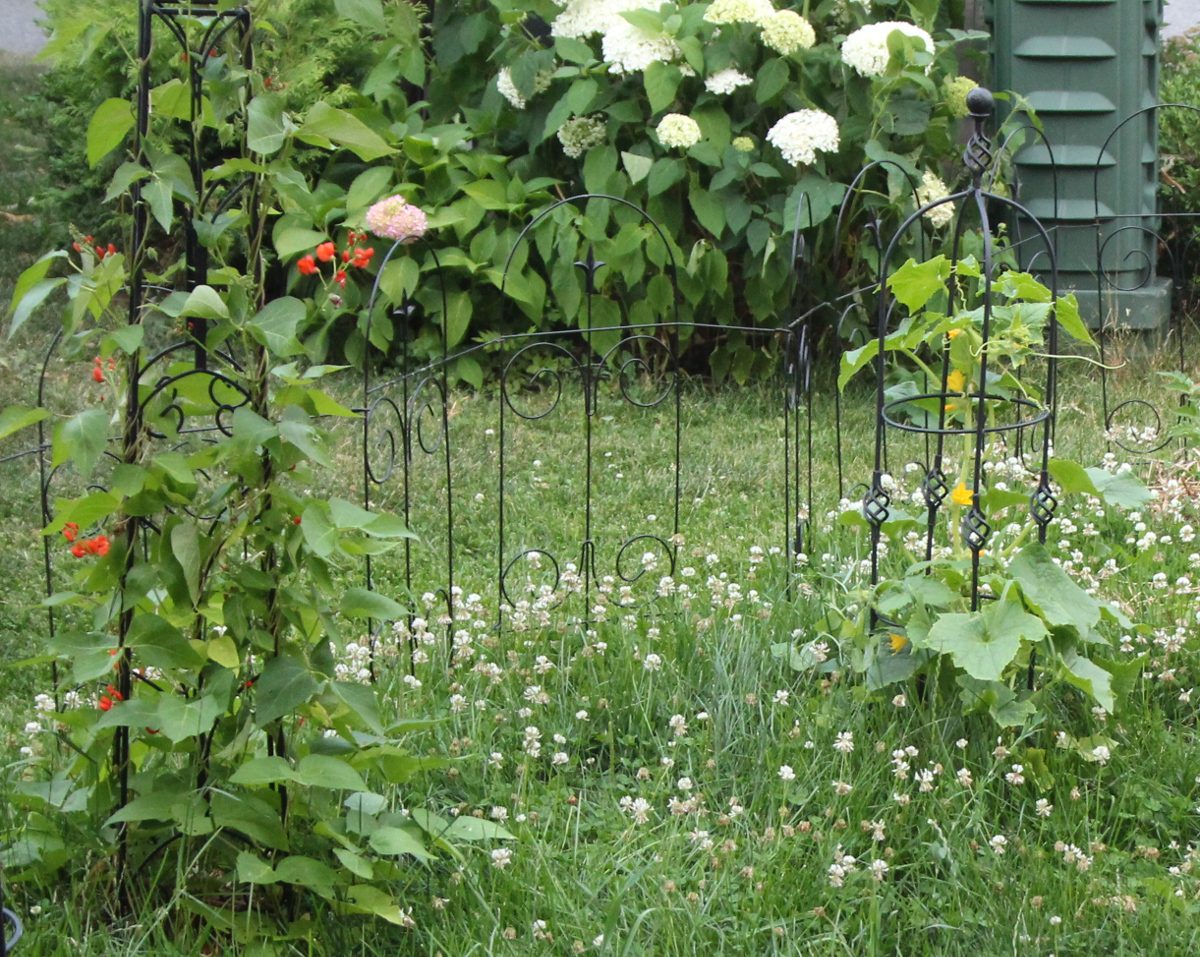 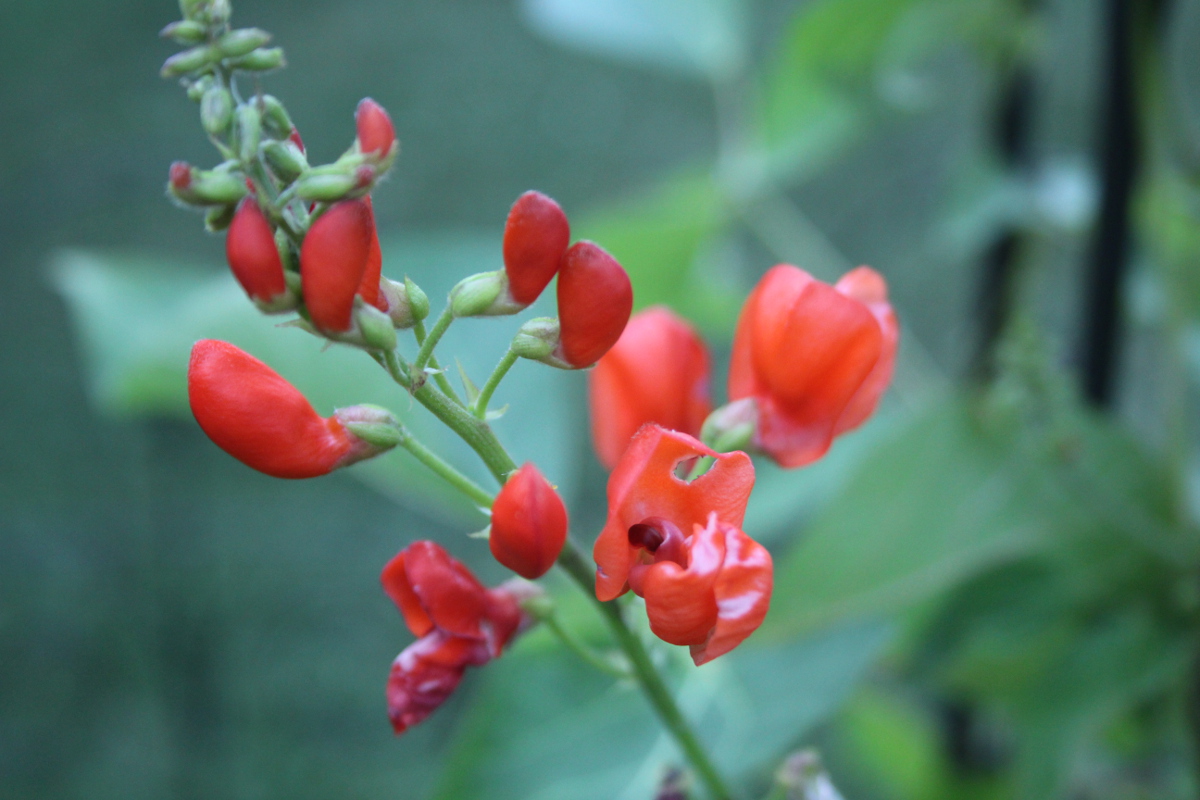 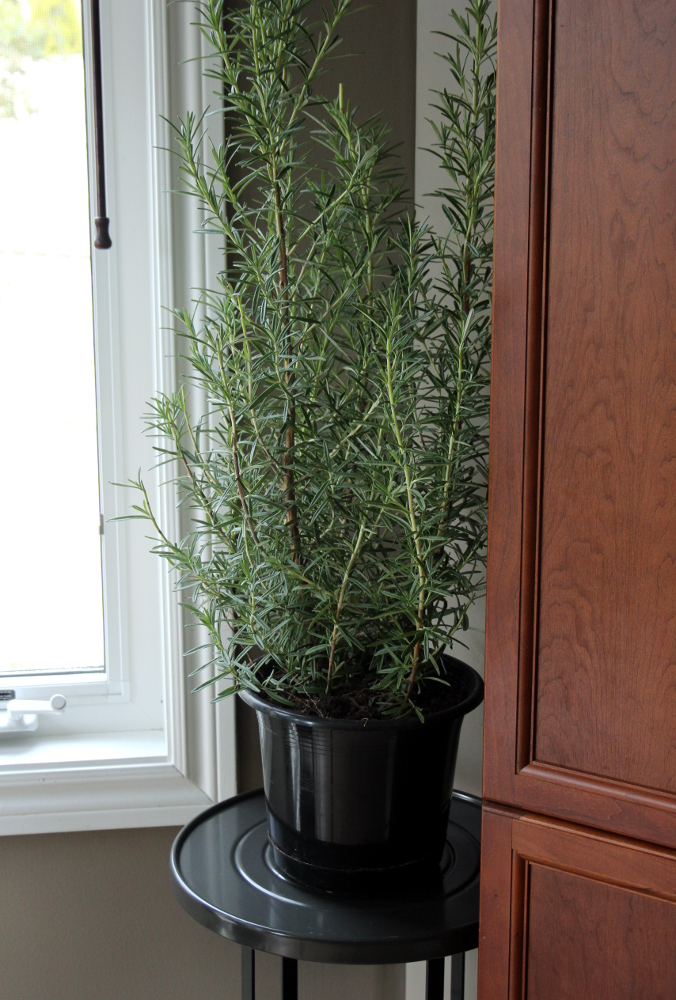 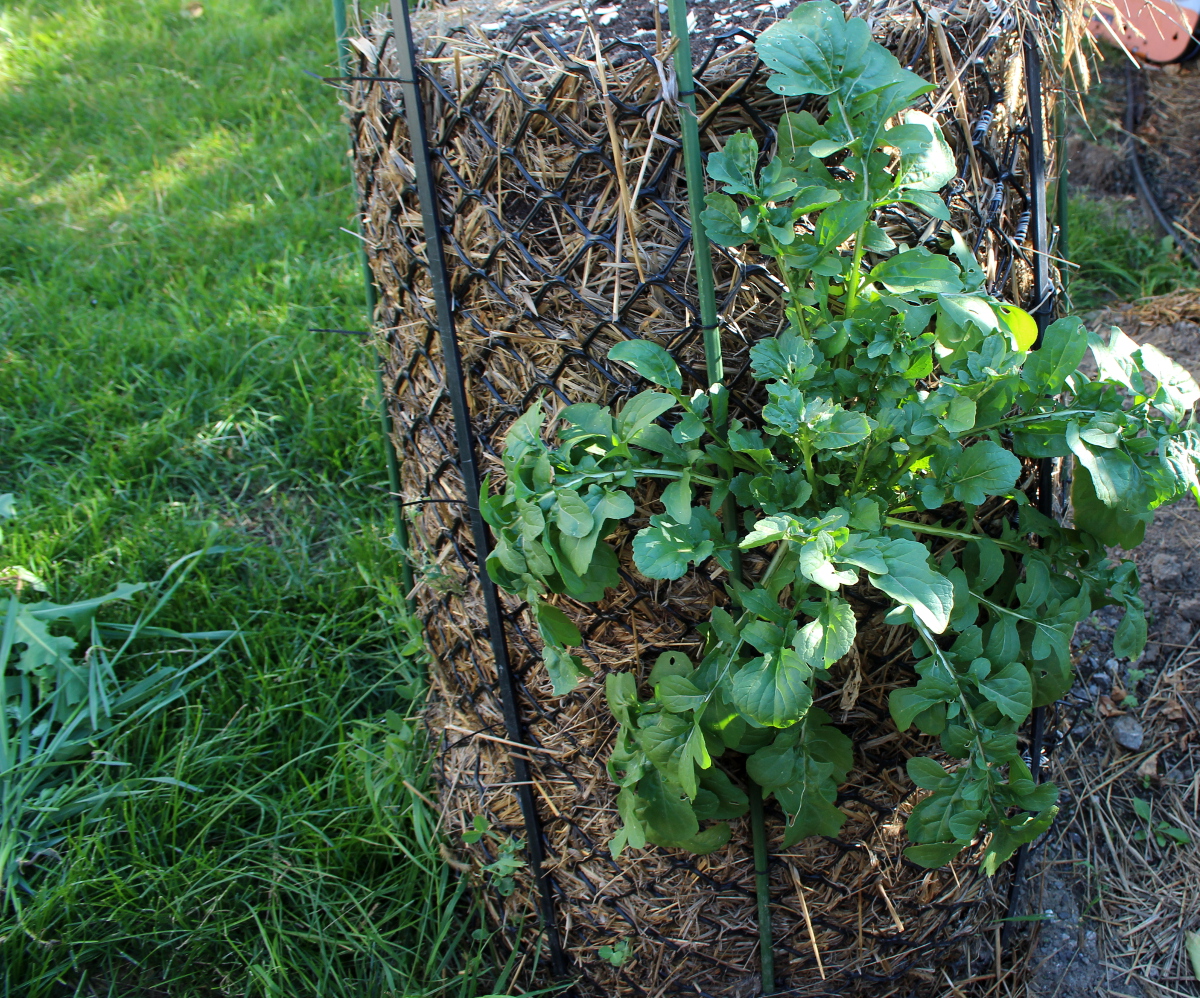 We have moved to a new place at the end of May, which means I have a new garden to shape. I have decided to try my hand at a permaculture herb spiral. The result looks lovely and the herbs seem happy. 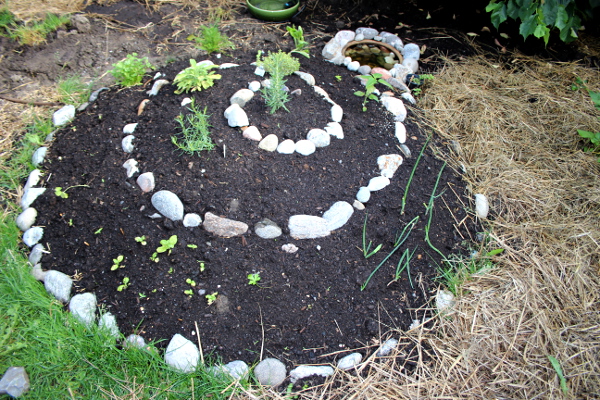 Our back yard is larger than the previous outdoor space we had, but there is a play structure, existing shrubbery, and three small trees, so I have to work around those. The soil is very sticky, full of clay and rocks which makes digging very difficult. These factors have stirred me towards rebuilding two of my permaculture towers to take advantage of vertical growing space and the fertile soil in the towers. I have also put in a few plants at the front (disturbing the manicured lawn), a few along the far fence at the back, and a lettuce patch at the side of the house.

My experiment this year is the permaculture herb spiral. Last year, most of my herbs got overpowered by tomatoes and were far out of reach in the deep tomato forest. So, this year, I have decided to still plant some companion herbs and plants together (such as cucumbers and dill), while building the herb spiral to make the herbs more accessible and able to really thrive. I got the inspiration and theoretical basis for it online, and, as we were packing and moving, have arranged for the soil to be delivered and set out on an adventure with the kids to pick our river rocks and a few other supplies at a landscaping supply place.

Here is a classical illustration of a permaculture herb spiral: 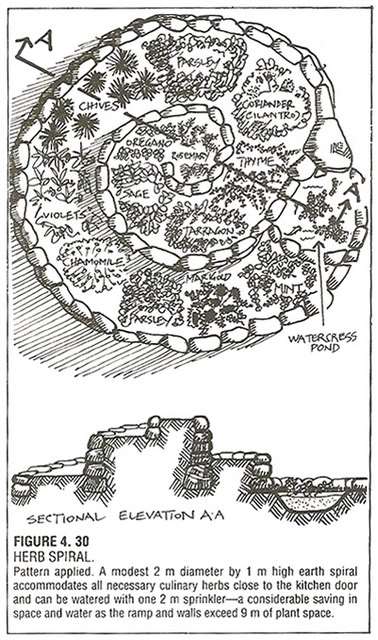 First, I have collected the supplies

Then I set out to build the spiral

Here is the result 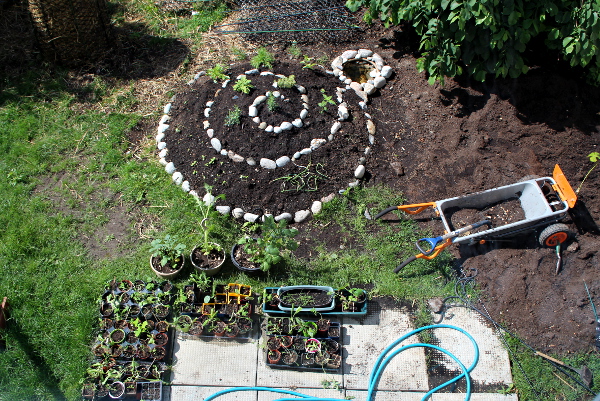 From the top, following the spiral, I have rosemary, lemon thyme, golden sage, tarragon, bergamot, calendula, chamomile, and cilantro from purchased seedlings, followed by Thai chili peppers, a variety of basil, parsley and onions sprouted in my old basement. I have also placed some mint in a pot near the water so that it doesn’t take over the spiral as mint will, and have seeded Persian cress around the pond.

I have purchased lemon grass and lemon verbena, but have decided against planting them in the spiral, since they grow quite tall. Instead, I have planted them around the porch, to help stave off insects. Last year, they grew very tall and made for quite a few cups of delicious tea.

The view of the spiral is lovely from the kitchen and from the second floor window. It makes for a fun project to do with the kids, to watch the plants grow and observe the life in the pond.