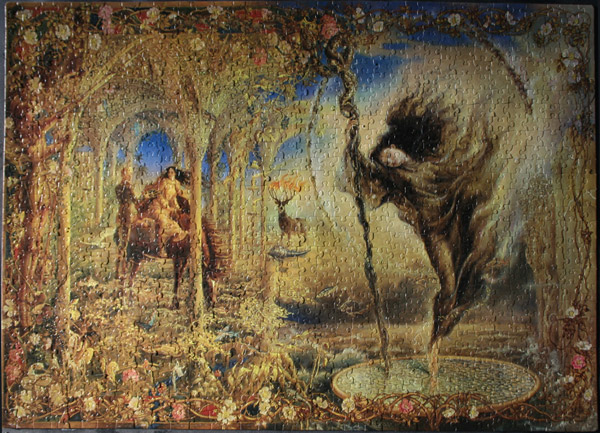 Size: 1000 pieces
Producer:  Master Pieces
Artist: Kinuko Craft – Japanese-born American contemporary painter, illustrator and fantasy artist.  Craft came to the United States in 1964 where she continues to live and work today. Her art has included paintings for the book covers of many well known fantasy authors such as Patricia A. McKillip, Juliet Marillier, Tanith Lee  and many others. She has also designed opera posters, fairy tale books and painted cover art for many national magazines such as Time, Newsweek and The National Geographic. [Wiki]
Notes: Alphabet of Thorn is a 2004 fantasy novel by Patricia A. McKillip. It was nominated for the 2005 Mythopoeic Fantasy Award for Adult Literature. [Wiki]