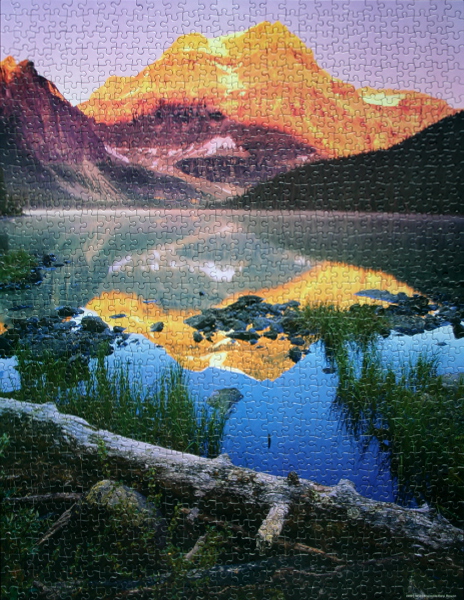 Puzzle: Beautiful serene puzzle to make.  Despite its size, the assembly flows smoothly due to distinct separate regions of colour separated by clear borders. The lavender of the sky, the yellow, purple, and black mountains, their clearly separated reflections and the horizontal divide of the water edge are a breeze to put together. The blue of the water, the rock regions, the green grass patches, and the guide made by the log, let the rest of the pieces fall into place.