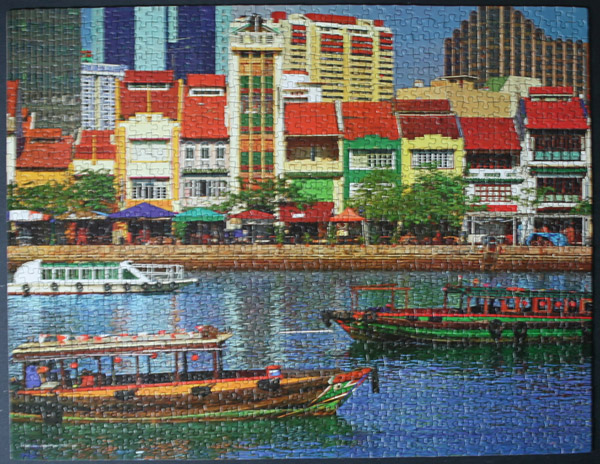 Size: 1000 pieces
Dimensions: 51.12cm x 66.52cm
Producer: Big Ben
Location: Singapore, officially the Republic of Singapore, is an island country off the southern tip of the Malay Peninsula, 137 kilometres north of the equator, in the Southeast Asian region of the Asian continent. It is separated from Malaysia by the Straits of Johor to its north, and from Indonesia’s Riau Islands by the Singapore Strait to its south. Singapore is the world’s fourth leading financial centre and a cosmopolitan world city, playing a key role in international trade and finance. The port of Singapore is also amongst the top five busiest ports in the world.

Singapore is an immigrant country with a long history of immigration. It has a diverse population of close to 5 million people made up of Chinese, Malays, Indians, Asians of various descents and Caucasians. [Wiki]