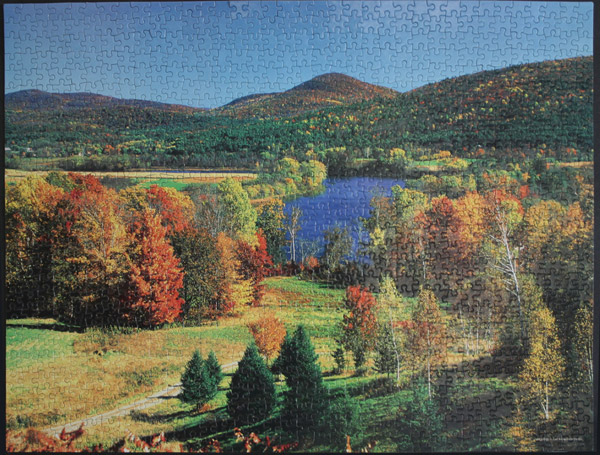 Size: 1000 pieces
Producer:  MB Puzzle
Notes: The Connecticut River is the largest river in New England, flowing south from the Connecticut Lakes in northern New Hampshire, along the border between New Hampshire and Vermont, through western Massachusetts and central Connecticut discharging into Long Island Sound at Old Saybrook and Old Lyme, Connecticut.

The river’s name is the French corruption of the Algonquian word “quinetucket” and means long tidal river. The first European to see the river was the Dutch explorer Adriaen Block  in 1614. As a result of this exploration, the Dutch named the Connecticut River the “Fresh River”, and it was the northeastern locus of the New Netherland colony. [Wiki]