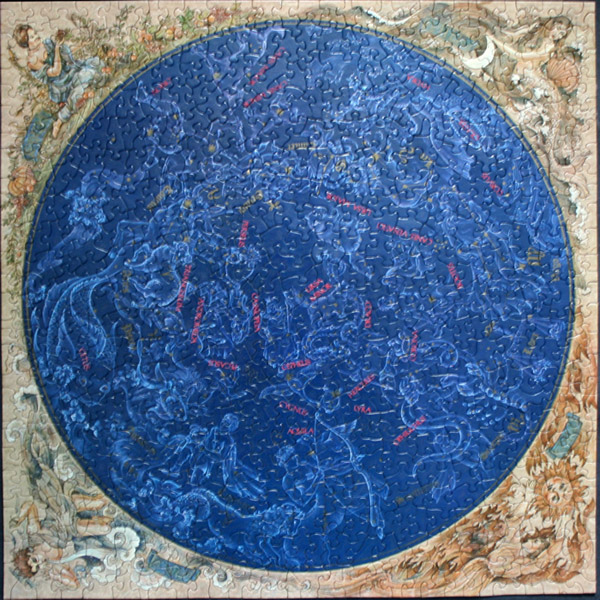 Size: over 500 pieces
Dimensions: 51.43cm x 51.43cm
Producer:  Springbok, Hallmark Cards Inc., #PZL2107
Notes: In modern astronomy, a constellation is an internationally defined area of the celestial sphere. These areas are grouped around asterisms, patterns formed by prominent stars within apparent proximity to one another on Earth’s night sky.

There are 88 standard constellations recognized by the International Astronomical Union (IAU) since 1922. The majority of these goes back to the 48 constellations defined by Ptolemy in his Almagest (2nd century). The remaining ones were defined in the 17th and 18th century; the most recent ones are found on the southern sky, defined in Coelum australe stelliferum by Nicolas Louis de Lacaille (1763).

There are also numerous historical constellations not recognized by the IAU, or constellations recognized in regional traditions of astronomy or astrology, such as Chinese, Hindu or Australian Aboriginal. [Wiki]