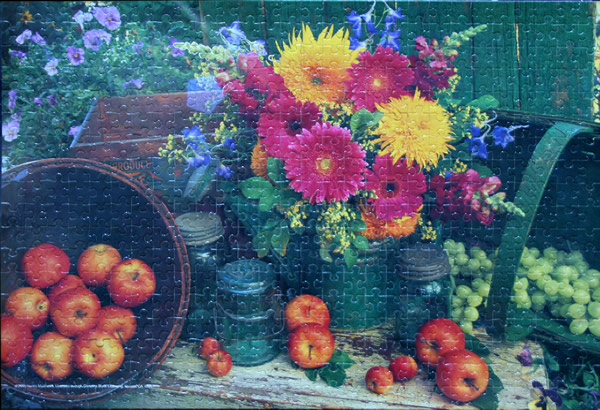 Size: 500 pieces
Dimensions: 33.02cm x 48.26cm
Producer: 2005 Warren Industries, Kodacolor, #20500
Location: A bounty (from Latin bonitās, goodness) is a payment  or reward often offered by a group as an incentive for the accomplishment of a task by someone usually not associated with the group. Bounties are most commonly issued for the capture or retrieval of a person or object. They are typically in the form of money. By definition bounties can be retracted at any time by whomever issued them.

The term bounty is used in the mathematics, computer science, and free culture communities to refer to a reward offered to any person willing to take on an open problem in that domain; for instance, implementing a feature or finding a bug in an open source software program. [Wiki]