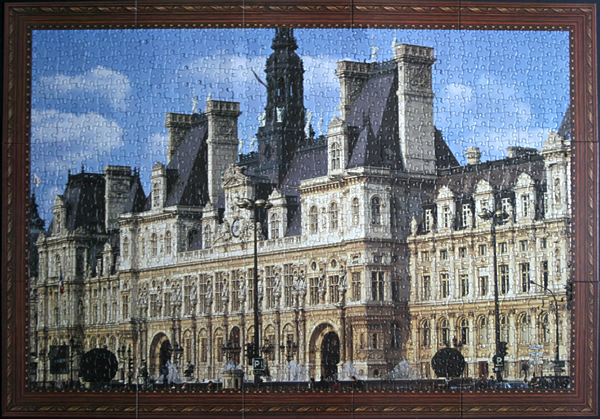 Notes: The Hotel de Ville in Paris, France, is the building housing the City of Paris’s administration.

In July 1357, Etienne Marcel, provost of the merchants (i.e. mayor) of Paris, bought the so-called maison aux piliers (“House of Pillars”) in the name of the municipality on the gently sloping shingle beach which served as a river port for unloading wheat and wood and later merged into a square, the Place de Greve, a place where Parisians often gathered, particularly for public executions. Ever since 1357, the City of Paris’s administration has been located on the same location where the Hotel de Ville stands today. Before 1357, the city administration was located in the so-called parloir aux bourgeois near the Chatelet.

Since the French Revolution, the building has been the scene of a number of historical events, notably the proclamation of the French Third Republic in 1870 and the famous speech by Charles de Gaulle on 25 August 1944 during the Liberation of Paris when he greeted the crowd from a front window. [Wiki]