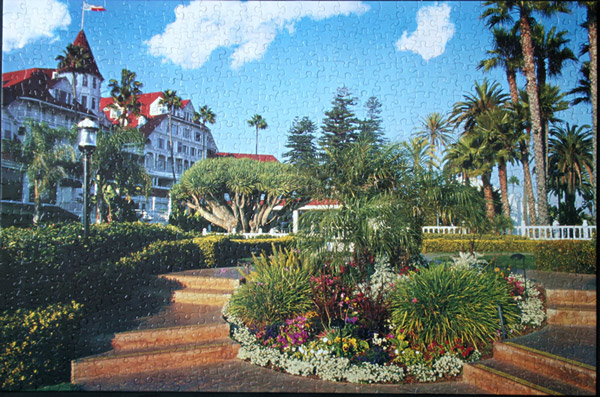 Size: 750 pieces
Dimensions: 39cm x 60cm
Producer: Impressions, Sure-lox
Notes: San Diego, named after Saint Didacus (Spanish: Diego de Alcalá), is the eighth-largest city in the United States and second-largest city in California, after Los Angeles, with a population of 1,307,402 (2010 Census) within its administrative limits on a land area of 963.7 km2. The city is located on the coast of the Pacific Ocean in Southern California. The urban area of San Diego extends beyond the administrative city limits with a population of 2,880,000, making it the third-largest urban area in California. San Diego is the 33rd richest city in the world. [Wiki]