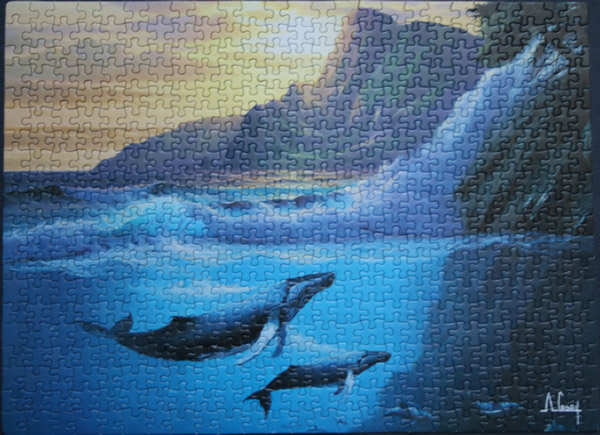 Size: 500 pieces
Dimensions: 35cm x 48cm
Artist: Anthony Casay has been described as one of the world’s most creative contemporary painters today. It has been said that the “ocean dances” at the tip of his brush, and that the sun pulsates from his canvas. Casay depicts the colors, fragrances and shapes of the sea; its waters in turmoil–providing a spectacle of rare excitement. Each Casay wave has a personality of its own as it crests, breaks and swirls into a flood of white foam. His paintings explore some of the choicest treasures of natures’ coastal ocean cliffs, rocky shorelines and stormy coves. [Bio at AEJV site]
Producer:  Canada Games