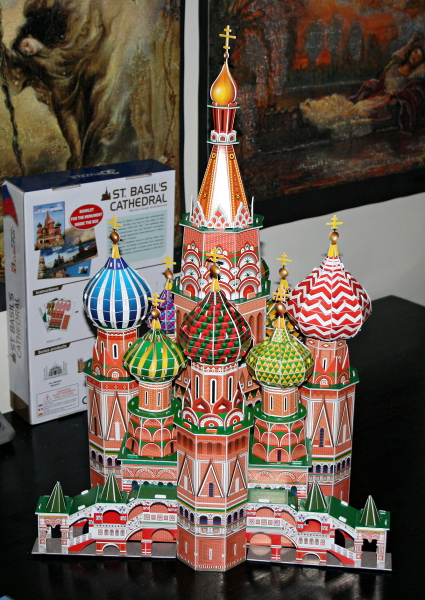 Puzzle: Every 3D puzzle I have done until now has been somewhat of a disappointment: from poor assembly instructions to flimsy construction, to pieces that do not cleanly separate and fit together poorly, to a disappointing result, – I have pretty much given up on 3D puzzles. This one I have received as a gift from my love who knows I like architectural pieces, and I must say – this is the best 3D puzzle I have ever put together, and I want more :)

The print is bright, the pieces separate well and fit together firmly, the instructions are very clear and all pieces are clearly marked. 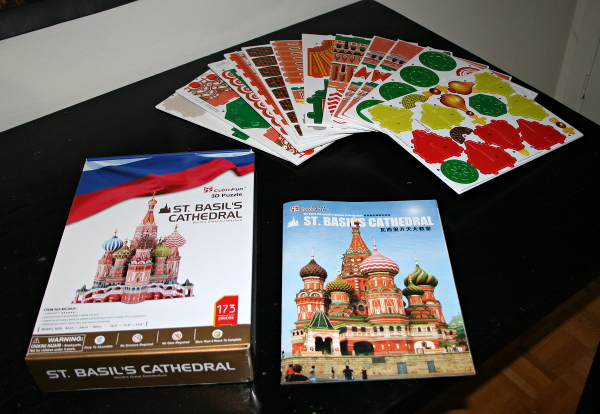 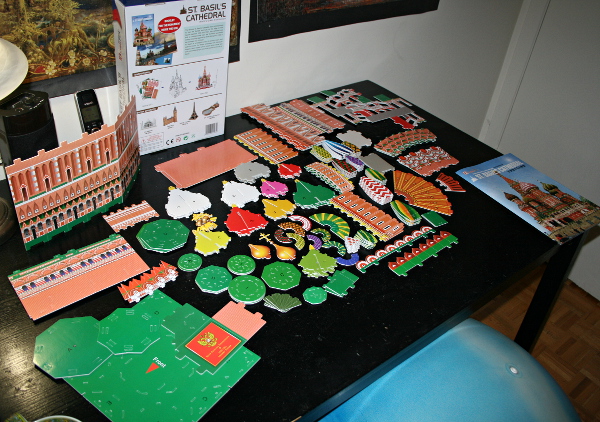 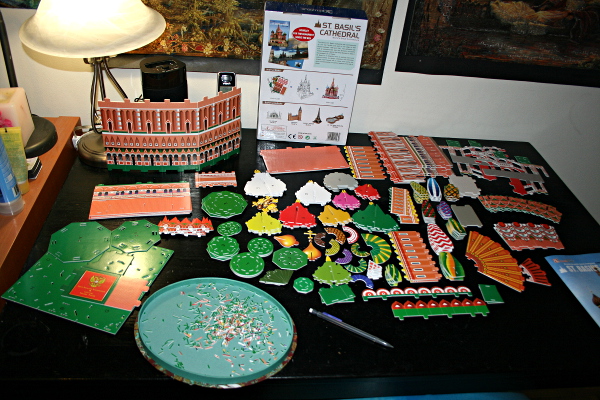 3. And putting together the puzzle itself. I got so into it that I refused to stop even to snap a photo until the entire puzzle was done. Very high addictive potential :) 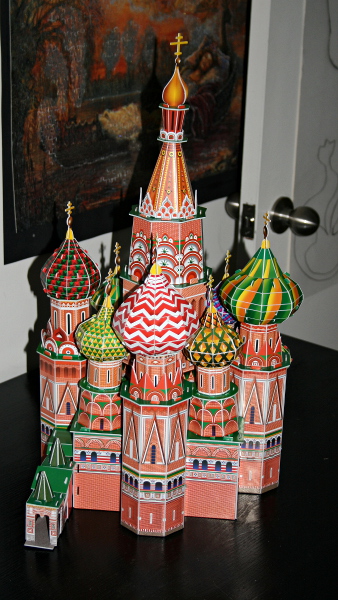 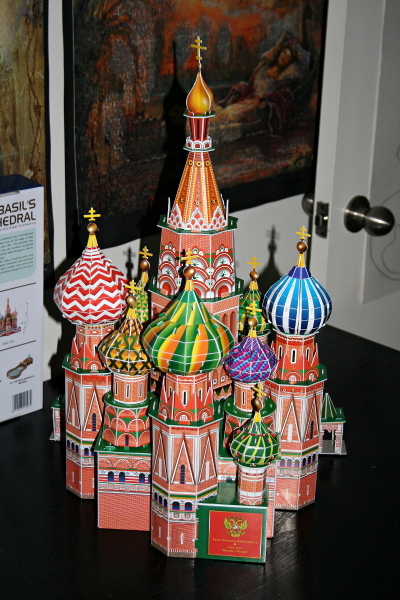 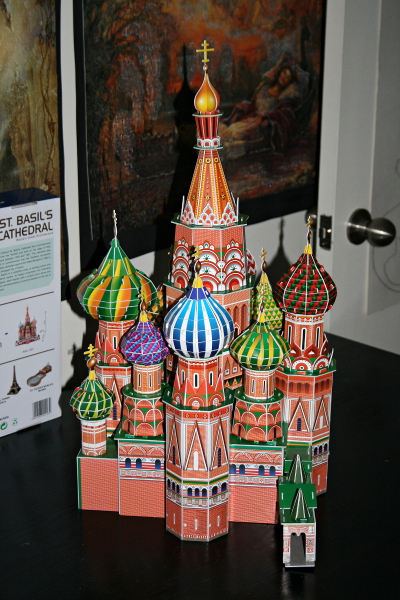 One thing I did find a bit of a concern, is that I had something close to a mild allergic reaction while separating the initial pieces from the sheets. ‘Tis the season for environmental allergies to which I am susceptible, but this seems to have been specifically connected to me working with the puzzle. I must test this theory on another one of the series. Perhaps next time I’ll let the sheets air out first. It was not a strong reaction. The box states that the puzzle is made of paper and expandable polystyrene (EPS) foam board, which the company’s site claims to be non-toxic. I’ve had similar reactions to very old second-hand puzzles (perhaps the ones that came from smoking households?), but that is very rare.

The company’s site could use some work – it appears they did most of their coding in ASP and failed to test in multiple browsers. As a result, among other things, their pagination does not work in Firefox, but I have deduced that adding &page=2 (or whatever page number one is looking for) allows one to browse through their products, and I must say – I have bookmarked quite a few for further puzzling adventures.

Overall a beautiful puzzle, a pleasure to assemble, sturdy to move around and complex and good-looking enough to leave assembled as a model. My almost-3-year-old has been admiring it for several days now.

The famous St. Basil’s Cathedral was commissioned by Ivan the Terrible and built on the edge of Red Square between 1555 and 1561. The cathedral was built to commemorate Ivan the Terrible’s successful military campaign against the Tartar Mongols in 1552 in the besieged city of Kazan.

St. Basil’s is a delightful array of swirling colors and redbrick towers. Its design comprises nine individual chapels, each topped with a unique onion dome and each commemorating a victorious assault on the city of Kazan.

The riot of color and shapes that is St. Basil’s Cathedral is unmatched anywhere else in the world. The French diplomat Marquis de Custine commented that it combined “the scales of a golden fish, the enamelled skin of a serpent, the changeful hues of the lizard, the glossy rose and azure of the pigeon’s neck” and wondered at “the men who go to worship God in this box of confectionery work.”

A popular historical legend says that Ivan had the architect, Postnik Yakovlev, blinded to prevent him from building a more magnificent building for anyone else. In fact, Postnik Yakovlev built a number of churches after Saint Basil’s, including one in Kazan’.

St. Basil’s Cathedral is a symmetrical architectural ensemble consisting of eight chapels surrounding the ninth temple, which is the highest one. It is topped with a hipped roof. Each chapel bears the name of a saint. The central temple is dedicated to the Intersection of the Blessed Virgin. The chapels are conjoined by the system of passages. The cupolas that top the chapels are different from each other. Each cupola is decorated with windows, niches, and cornices. The cathedral impress as a festive and elegant one.

The powerfully eastern design of St. Basil’s reflects both its location between Europe and Asia and its historical origins. Since the Kazan Qolsharif mosque had been the principal symbol of the Khanate captured by Ivan the Terrible, some elements from the mosque were incorporated into the cathedral to symbolize the victory.

The interior is a maze of galleries winding from chapel to chapel and level to level via narrow stairways and low arches. The walls are painted in floral and geometric patterns.

The church’s design is based on deep religious symbolism and was meant to be an architectural representation of the New Jerusalem – the Heavenly Kingdom described in the Book of Revelation of St. John the Divine. The number eight carries great religious significance; it denotes the day of Christ’s Resurrection and the promised Heavenly Kingdom. The eight-point star itself symbolizes the Christian Church as a guiding light to mankind, showing us the way to the Heavenly Jerusalem and it represents the Virgin Mary.”