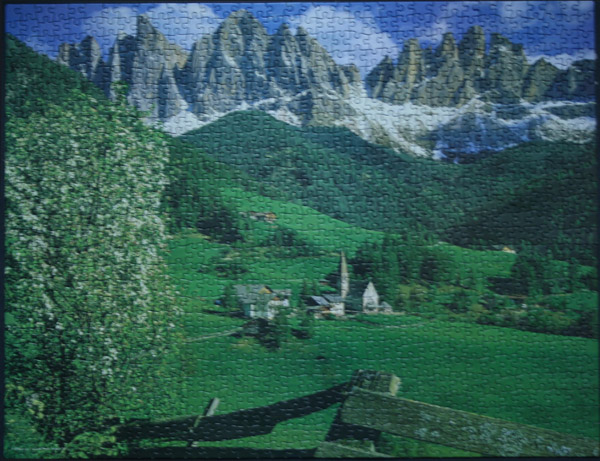 Size: 1000 pieces
Dimensions: 51.12cm x 66.52cm
Producer:  Hasbro, Milton Bradley puzzles, Big Ben
Notes: The Dolomites are a mountain range in the Alps. They are located for the most part in the province of Belluno, the rest in the provinces of Bolzano-Bozen and Trento (all in north-eastern Italy).

The name “Dolomites” is derived from the famous French mineralogist Déodat Gratet de Dolomieu who was the first to describe the rock, dolomite, a type of carbonate rock  which is responsible for the characteristic shapes and colour of these mountains; previously they were called the “pale mountains,” and it was only in the early 19th century that the name was Gallicized. [Wiki]