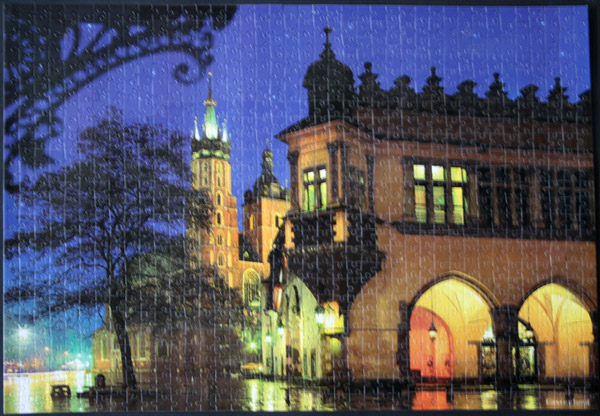 Size: 1000 pieces
Notes: Kraków Old Town is the historic central district of Kraków, Poland. It is one of the most famous old districts in Poland today and was the center of Poland’s political life until King Sigismund III Vasa relocated his court to Warsaw in 1596. Medieval Kraków was surrounded by a 3 km defensive wall complete with 46 towers and seven main entrances leading through them. The fortifications around the Old Town were erected over the course of two centuries. In the 19th century most of the Old Town fortifications were demolished. The moat encircling the walls was filled in and turned into a green belt known as Planty Park. [Wiki]