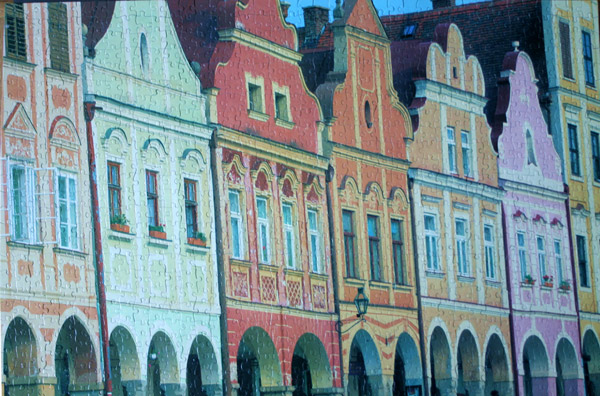 Size: 1000 pieces
Dimensions: 73.5cm x 49cm
Producer: Wonderful World
Location: The Czech Republic is a landlocked country in Central Europe. The country is bordered by Poland to the northeast, Slovakia to the east, Austria to the south, and Germany to the west and northwest.

The Czech state, known as Bohemia and later as the Bohemian Crown, was formed in the late 9th century. The country reached its greatest territorial extent during the 13th and 14th century, under the rule of the Přemyslid and Luxembourg dynasties. Following the Battle of Mohács in 1526, the Kingdom of Bohemia was integrated into the Habsburg monarchy as one of its three principal parts alongside Austria and Hungary. [Wiki]