Efficiency Dance Seven dishes in one hour of effort

Seven dishes in one hour of effort

During the day, I sometimes get a hour or so when the baby is willing to play by herself. This happens most often around mid-day, when I’m hungry enough for lunch. I do my best to take advantage of that time, to cook up a few dishes, tidy up the kitchen, and fit in a lunch for myself. Today I decided to document what I did. 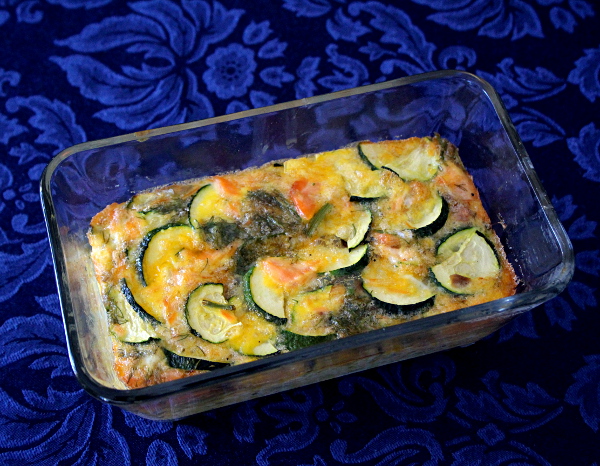 I take some time each morning, while feeding the baby, to think of what I need to accomplish for the day, and how to get the simplest and quickest things out of the way at the outset, so I can focus on others, more labour- or thought-intensive ones. As part of that planning, I note things that I can cook while doing something else in or around the kitchen, without it taking much effort. Things like boiling eggs, roasting a squash or beets, setting meat to defrost, or starting bone broth require little attention, yet when you need them for a dish, they are ready to be used.

On Sunday, I have set some chicken thighs and ground beef to defrost in a bowl in the fridge. Yesterday, the day was full of baby care and garden planting, so I did not get to cook. One of the first things I did this morning, was to fire up the oven to 350°F and bake two small salmon fillets for about 25 minutes, as I knew I would be needing them later in the day. It is also best to bake or roast things in the morning in summer, as it gets way too hot during the day.

Seven dishes in one focused hour of effort

I have set the oven to 400°F as the heat is not too bad today, and have started a frying pan with some olive oil, as I wanted to make a French-herb-inspired stir-fry. I chopped 3 garlic cloves and 1/2 large pink onion, set them to sweat in olive oil, and got to chopping a zucchini and 3 medium carrots. Once the garlic and onion were ready, I added beef and left it to be browned, stirring once in a while.

While the beef was browning, I took out the defrosted chicken thighs, seasoned them with salt and pepper and put them into a casserole dish. Once the oven finished heating up, in they went for 35 minutes.

In the meantime, I have cracked 10 eggs into a bowl and added another thinly chopped zucchini to it, to get started on the omega breakfast bake, based on a recipe from The Paleo Primer. The beef was ready, and so I added the zucchini and carrots to the stir-fry, cut up the beet greens I had remaining in the fridge from the last week’s organic box, and added them in as well. Next the spaghetti squash that has been in the fridge for a few days went into the stir-fry. I mixed it up and let it simmer to let the zucchini and carrots soften.

Next, I have shredded the salmon fillets with a fork, combined them with eggs, added some salt, freshly ground 4-peppercorn blend, and chopped dill from the fridge, and mixed everything together for the omega bake.

Some organic tomato sauce, dill, herbes de Provence, black pepper, and tarragon went into the beef stir-fry. I have covered it with a lid, and let it cook for a few more minutes to bring out the flavour, before turning off the heat.

At this point, the thighs were almost done, and so I set out to prepare the next batch to go into the oven: the omega bake and the sweet potatoes. For the omega bake, I have oiled two glass bread loaf pans with coconut oil (I usually make two at once), and have poured the mix into them. Sweet potatoes took very little preparation: just putting them into a casserole dish and poking holes with a fork in each one to let steam escape. Preparation finished, the thighs were done, and omega bake pans and sweet potatoes went into the oven. Omega bake takes about 35-40 minutes in my oven, and sweet potatoes would remain for about half an hour longer.

As I am recovering from a cold (and a wicked ear-exploding pain the night before), I try to incorporate onions and garlic into my diet, and since I had half an onion left over from the stir-fry, I decided to make lunch with it. While looking for sweet potatoes, I have discovered two small white potatoes left over from the organic box. Lunch was decided: fried potatoes (I indulge myself once in a while), and an onion-containing salad. As that did not provide for much protein, I have also decided to make salmon salad.

I have heated up some bacon grease in a skillet, and peeled and sliced potatoes in the meantime. In they went with occasional stirring, and I focused on the two salads. A quarter of the remaining onion went into each. The salmon salad is a variation on tuna salad from Well Fed 2, only I prefer salmon as I find tuna a bit too dry. Adding some chopped parsley from the fridge to the tuna and onions, and covering them with lemon juice, salt, and fresh-ground pepper, I let it marinate. In the other bowl, adding chopped dill and a chopped tomato to the rest of the onion, and seasoning with organic sunflower oil, salt, and fresh-ground pepper, gave me the Russian tomato dill salad we used to make.

Little was left. I have chopped up a stalk of celery for the salmon salad. We ran out of pickles (oh, the horror, – Russian household without pickles!), so I skipped them in the recipe. I then proceeded to tidy up the kitchen and wash dishes while the potatoes were finishing up and the salmon salad marinating. Once that was finished, in went the celery, about two tablespoons of chives, and some olive oil mayo. The salmon salad was ready, and so were the potatoes.

It was time to change the baby, and she was excited to play in the living room, allowing me a bit of time to have lunch. While I was eating lunch of potatoes, salmon salad wrapped in lettuce leaves, and the tomato salad, the omega bake loafs were finished, and the only thing remaining were the sweet potatoes, which just needed to be removed from the oven, half an hour later.

So, in about an hour (plus some unattended oven time), I have ended up with seven dishes:

In the process of cooking, I have also boiled the tea kettle a couple of times, making infusions of stinging nettle (for myself and for the plants), camomile (for an eye compress and drinking since the baby is teething), and breathing tea (to help me recover from this latest cold). I have also refilled the filter, taken supplements, given the baby probiotics and vitamin D, washed dishes, and tidied up the kitchen. One productive hour, wouldn’t you say?

What are your efficiency tips in the kitchen?