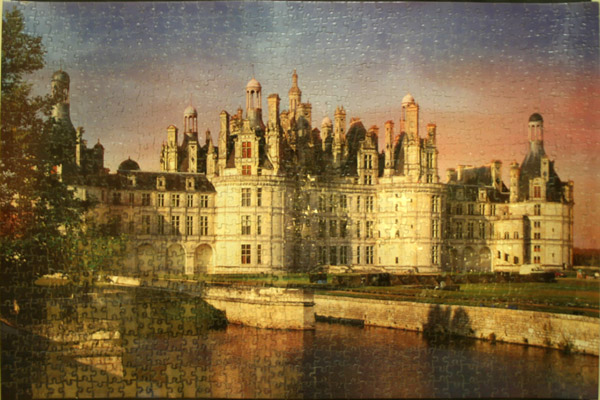 Size: 1000 pieces
Dimensions: 73cm x 48.5cm
Producer: Sure-Lox
Notes: The royal Château de Chambord at Chambord, Loir-et-Cher, France is one of the most recognizable châteaux in the world because of its very distinct French Renaissance architecture that blends traditional French medieval forms with classical Italian structures.

The building, which was never completed, was constructed by King François I in part to be near to his mistress the Comtesse de Thoury, Claude Rohan, wife of Julien de Clermont, a member of a very important family of France, whose domaine, the château de Muides, was adjacent. Her arms figure in the carved decor of the château. [Wiki]