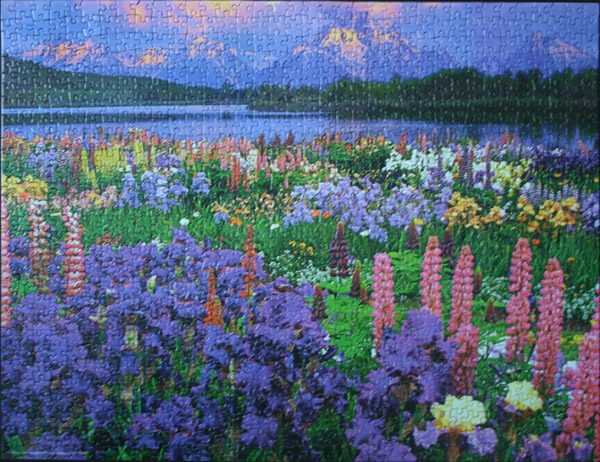 Size: 1000 pieces
Dimensions: 51.12cm x 66.52cm
Producer: Big Ben, MB Puzzles
Notes: Grand Teton, at 4,199 m, is the high point of the Teton Range, and the second highest peak in the U.S. state of Wyoming. The mountain is entirely within the Snake River drainage basin, which it feeds by several local creeks and glaciers.The Teton Range is a minor range of the Rocky Mountains, which extend from southern Alaska to northern New Mexico.

The origin of the current name is controversial. The most common explanation is that “Grand Teton” means “large teat” in French, named by either French-Canadian or Iroquois members of an expedition led by Donald McKenzie of the North West Company. However, other historians disagree, and claim that the mountain was named after the Teton Sioux tribe of Native Americans. [Wiki]