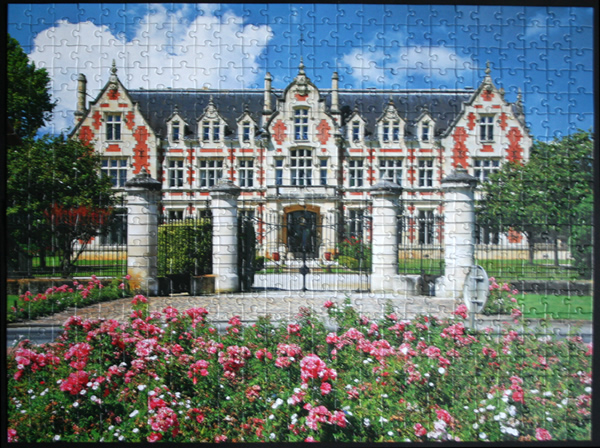 Notes: This puzzle is a pleasure to do – the most complicated area is the flowers, but having placed everything else, that only leaves about 2-3 rows of pieces. I have started with the sky and the building top, followed by the pillars, the trees, grass, gate and the ground in front of it, the building, and finished with the flowers. Sat down to puzzle for half an hour, got up about 2 hours later with the puzzle completed. This is a relaxing one.