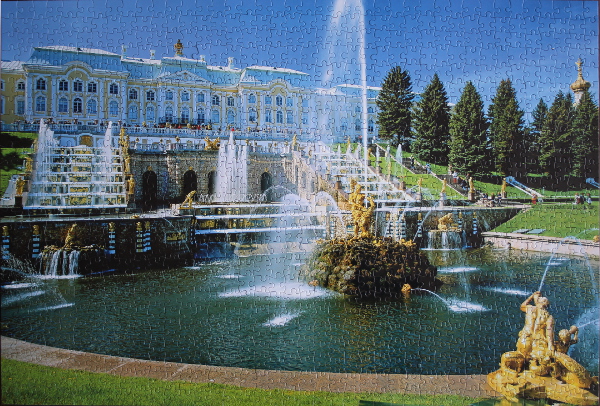 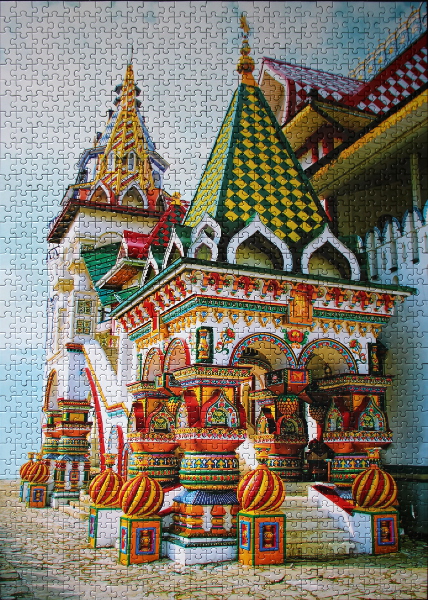 Good places to start are the border with the sky and specific colour patterns, such as dark green and yellow of the forefront tower, dark red and white of the top dome, yellow and red of the spherical embellishments on orange pedestals, flower-adorned arches, and white walls. The smaller details can be filled in afterwards.

The Kremlin in Izmaylovo is a unique center of culture and entertainment, based at the famous Izmaylovo Vernissage. It is built in a pseudo-Byzantine style, based loosely on what palaces in Russia looked like in pre-Petrine times, but more inspired by drawings of Russian fairy tales. This complex is used for civil weddings as it has a wedding palace, a restaurant and bars. However, it is also used as an amusement park/open-air museum for children on the theme of ‘Old Russia’. There is a reconstruction of a wooden Russian church that used to dot the Russian countryside before the Russian Revolution but it is not used for weddings. There is also a big market that sells souvenirs amongst other things. [Wiki]