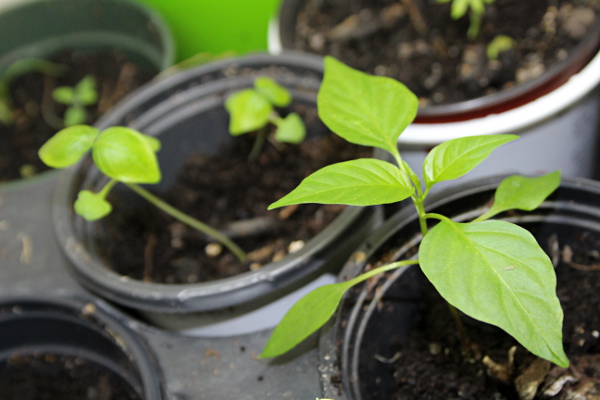 We are moving to a new place this year, which means that I have a challenge and a pleasure to start a new garden. Since early March, I have been sprouting seeds in the basement, under growing lights, so that once we are in our new place in late May, I can start hardening them off and transplanting them into the garden.

It is always such a wonder to watch a tiny dormant seed sprout rich green leaves. The way the little plant turns to the light and starts lengthening and becoming stronger makes me reflect on the life force that drives it.

I have saved quite a few seeds from last year — a few types of tomatoes and squashes, some beans and peppers — and whatever I had remaining in the seed packets purchased last spring. So I went to a seed swap in early March to exchange my abundance of squashes for kale, cucumbers, different peppers, herbs, and so on. There were several organic farm booths selling heritage seeds as well, so I have picked out a few I was missing. This gave me a variety of seeds to plant — way more than my two shelving units in the basement can possibly fit. 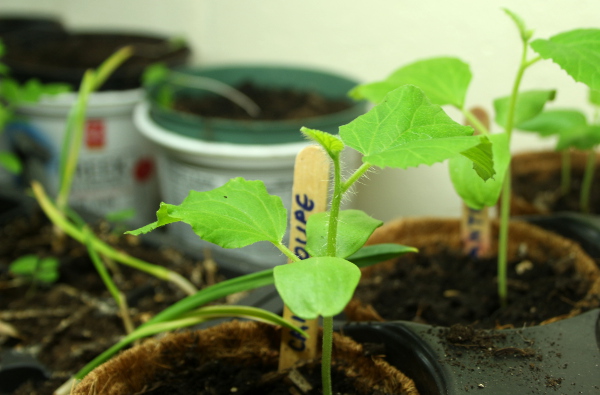 The more I learn about seeds, the more I realize that seed saving is not just a hobby. With all the seeds out there that are genetically modified to not reproduce, the diversity of the crops is dwindling and one plant disease can wipe out humanity’s entire supply of a particular crop. It is becoming more important to save and propagate seeds, in different locations, so that plants adapt to a given climate. There is a good film about seed saving, Open Sesame, that goes in depth into the scale and consequences of this drop in diversity. Another film, Bullsh*t!, with Vandana Shiva, brings to light the social and economic consequences of introducing patented seeds into agriculture. All this gives more meaning to gardening, by itself a grounding and meditative activity.

This spring, I have started in small seed cells, reusing the organic soil from my permaculture towers that will have to be dismantled for the move. This means that there is some weeding to do, since some weed seeds have been hiding in that soil and in the organic straw I used for mulch last year. The weed sprouts are tiny though and easily distinguishable from the vegetable and herb seeds. I did manage to get stung while removing a stinging nettle that has happily grown in a few cells, and that’s no picnic. Flicking off the stinging hairs without rubbing the area, washing the affected finger with soap and water, and applying a freshly-cut aloe leaf to it in the evening has helped. In the morning, the spot just felt a bit numb, and the numbness was gone by mid-day.

When the seedlings become stronger, I move each one to a larger pot, to let the root system grow and the plant to become stronger. I add crushed egg shells into each pot to supply calcium carbonate. I also water the plants with a mixture of 2 tablespoons of molasses in a liter of water, which acts as a fertilizer.

It’s the end of April, and quite a few things have been happily growing in the basement. It took the beans just two weeks to grow to the point at which they needed to be propped and tied to wooden sticks. A week later, they started climbing all over the shelving. 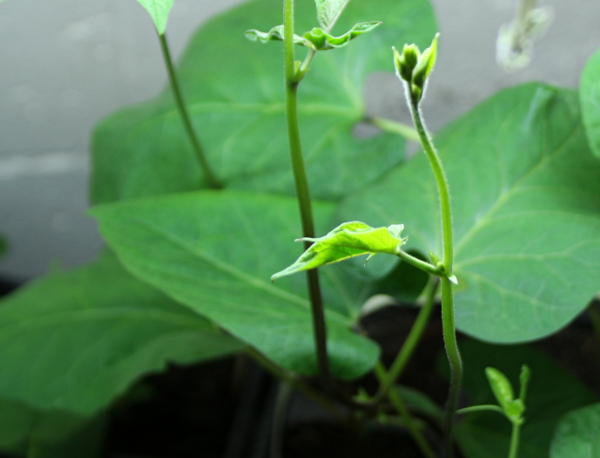 The cucumbers, tomatoes, and peppers are happily developing. Herbs are coming through. I had to transplant quite a few lettuce and kale seedlings into larger pots, and despite them being quite fragile to begin with, they have survived the shock and have since grown more leaves. 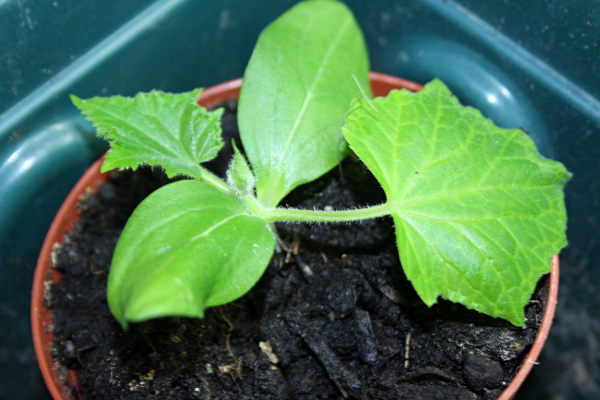 Watching a new life unfold and express its potential in shades of deep and bright green brings with it a hope of spring, in the midst of cold winds and thick clouds outside. May the gardens bloom this year, with the bees buzzing busily among the flowers. May the autumn bring with it a bountiful harvest.