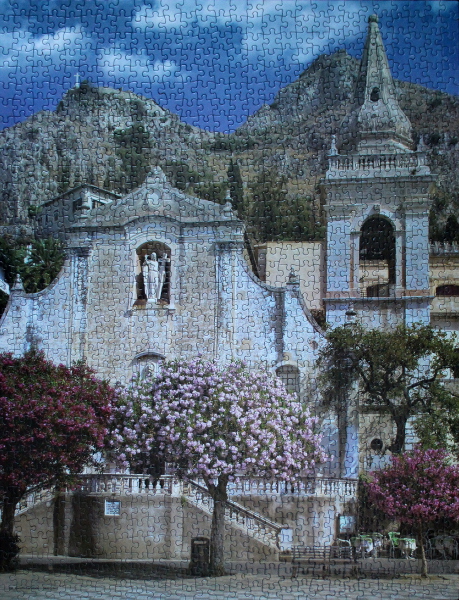 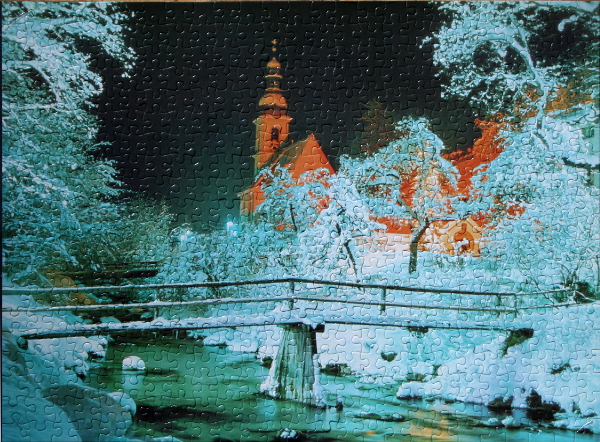 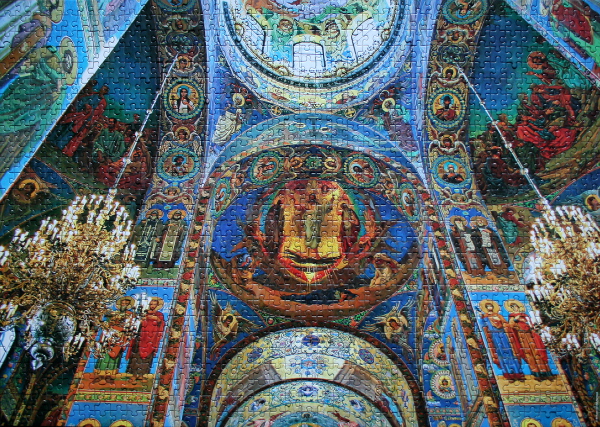 Puzzle: Another eye-candy puzzle from the Structures series (see Astronomical Clock, Prague, Czech Republic and Galleries Lafayette, Paris for more), with many distinct regions. There are many ways of approaching it: top semi-circle with windows, bottom light yellow semi-circle, central piece in reds, oranges, and yellows, winged by distinct blue regions, the chandeliers, the top corner regions separating distinct regions of colour by diagonal guides, flower border outlining the central area, the pillars with figures and horizontal flower borders, circles with faces. Once the distinct regions are done, they can be put together, and the rest of the pieces easily fit in. Beautiful puzzle, very enjoyable to do.

Notes: The Church of the Savior on Spilled Blood is one of the main sights of St. Petersburg, Russia. It is also variously called the Church on Spilt Blood and the Cathedral of the Resurrection of Christ, its official name. This Church was built on the site where Tsar Alexander II was assassinated and was dedicated in his memory.

The Church contains over 7500 square metres of mosaics—according to its restorers. The interior was designed by some of the most celebrated Russian artists of the day—including Viktor Vasnetsov, Mikhail Nesterov and Mikhail Vrubel — but the church’s chief architect, Alfred Alexandrovich Parland, was relatively little-known (born in St. Petersburg in 1842 in a Baltic-German Lutheran family). The walls and ceilings inside the Church are completely covered in intricately detailed mosaics — the main pictures being biblical scenes or figures — but with very fine patterned borders setting off each picture. [Wiki] 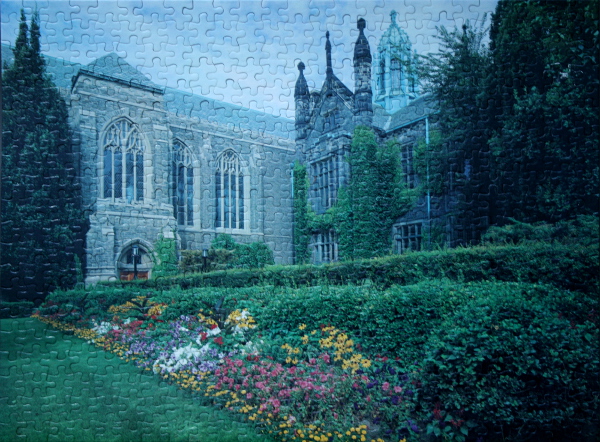 Puzzle: This puzzle is not very exciting to do due to dull grays of the building and the dark greens of the bushes and trees occupying the most of the picture, but Sure-Lox pieces fit together well and the size is small enough to not present a challenge. I just wish the photograph had more colour and contrast in it to really highlight the beauty of the old architecture. The sequence of assembly could start with the sky and its boundary with the roof and the trees, and with the grass and its boundary with the flowers. The border between the building and the bushes provides a good horizontal guide, and the tall windows can serve as vertical guides. From that point on, the picture is trivial to assemble.

Notes: I no longer have the puzzle box, so I’m unsure where this church is situated (there are plenty of Trinity churches around the world, it seems). If you have any information on the location of this building, I’d love to know. 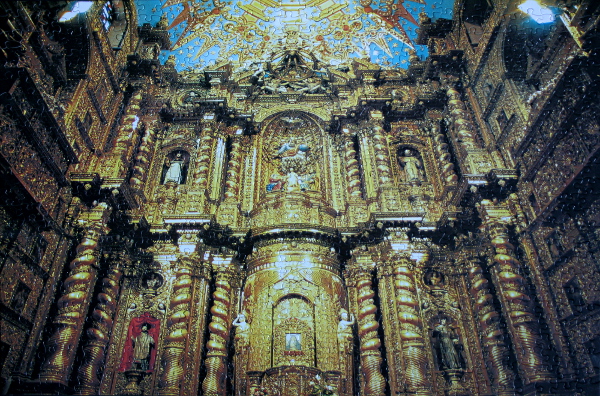 Puzzle: Not an easiest puzzle to make – good lighting is a bonus. Easiest places to start are the blue of the dome, the bright gold of the centre, the figures in the alcoves, the darker parts on the edges, and the golden pillars. Pillars provide good vertical guides, and pillar tops can serve as horizontal ones. The pieces fit together well making for a fun but a bit challenging puzzle to assemble.

Notes: It is unfortunate that no information is given on the box on where this photo was taken. If you know where this is, I would love to know. 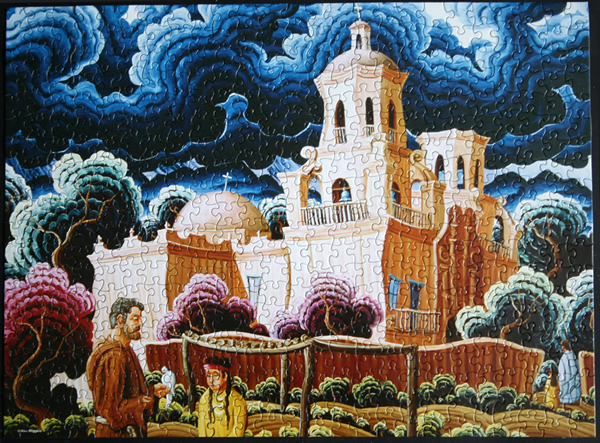